Over the weekend, Caverns of Heresy on Twitter began dropped a VERY cool minimalist RPG designed to fit on a standard business card. Other game designers I love joined in, and momentum built for this unique and inspiring challenge. Dubbed #pleasurecardrpg (as opposed to a business card), it turned into a game jam on itch.io, so I figured I’d give it a shot. Only thing is, I mistakenly thought it was a one-day challenge, so I poured basically all day Sunday into sketches in my notebook and fiddling around with InDesign and, well, the rush shows a little.

This is V1, with the design and rules I settled on at the end of the day. It was a fascinating exercise, and the results are still pretty damn cool, if I may say so myself. I picture this being a ruleset that could be used in a simple corporate-dystopia setting or even a high-tech cyberpunk world: telling stories of climbing a ladder, resolving issues with individuals who have entirely different agendas but who are purportedly striving for the same goals. It feels like a rich environment for storytelling, conflict, and character building in a cookie-cutter world we can see with our eyes closed.

Big inspirations for the project: the 80’s TTRPG Paranoia, Company by Max Barry, and Prurient’s Through the Window. Satirical, but with some jagged edges to explore. If you want to spend the whole game at the edge? I think the system supports it.

Next steps here are to reword/rework the text on the second side. I don’t think I fully convey how the resolution system works, and the examples (and diagram) may be a little confusing. Ideally, I want the whole system to be on the card and not require an explanatory dev post on itch.io to fill in the blanks. I’m thinking of it like a haiku: the form is there for a reason. The shorter and more refined I can make the text, the better I will feel about the whole thing. 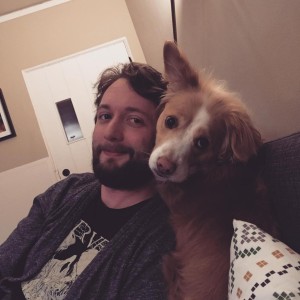